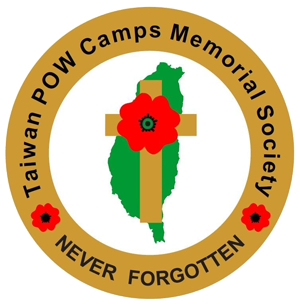 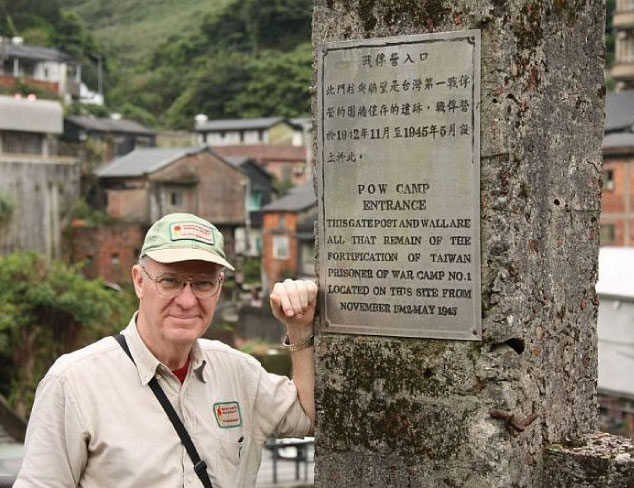 For the past 22 years, the Taiwan POW Camps Memorial Society has researched and documented the history of the 16 former World War II Japanese prisoner of war camps on the island of Taiwan, formerly known as Formosa.

The Taiwan POW camps held over 4,350 Allied POWs and were some of the worst in all of the Far East, including those on the infamous Death Railway. More than 10% of the Taiwan POWs died in captivity from starvation, sickness, overwork and beatings from cruel guards.

The Society and COFEPOW have been associated for more than 20 years and we have shared the same passion - to make sure that the Far East Prisoners of War have their stories told and are not forgotten.

In addition to research, erecting 15 POW memorials and answering inquiries from former POWs and their family members over those years, from the beginning of our work in 1997 we have taken POWs and family members back to the sites of the camps, held memorial services, helped the men to finally have peace and closure, and for the family members, to know more about their loved one who seldom if ever talked about those dark days in captivity.

We conduct tours to the camps and related areas during our annual “Remembrance Week” event held every year in November, and we highly recommend that folks join us for that if possible. If not, it is also possible for individuals, families and groups to have a special tour at times throughout the year by contacting the Society well in advance.

The Taiwan POW Camps Memorial Society offer 1 day tours to camps that can be visited in a short time and also 2 and 3 day tours that require more travel time and overnight stays at various places around the island. In addition to seeing the former POW camps, visitors can also experience a panorama of scenery and culture from all across Taiwan.Costs vary according to the visitor's requirements, length of the tour and number of camps visited, so please kindly contact us for more information and a quotation.NOTE: ALL TOURS ARE CONDUCTED ON REQUEST AND MUST BE PRE-ARRANGED, PRE-BOOKED AND CONFIRMED WITH THE SOCIETY AS FAR IN ADVANCE AS POSSIBLE.