Death on the Hellships Prisoners at sea in the Pacific War 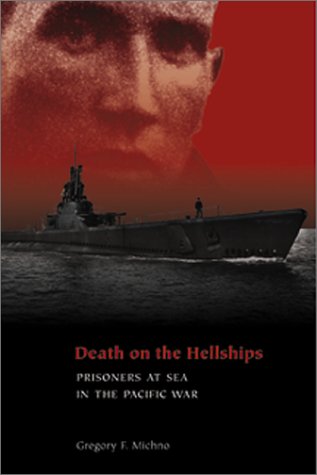 Though the Japanese treatment of Prisoners of War during World War II has been written about before, only with this detailed chronicle will readers come to appreciate the true dimensions of the Allied POW experience at sea. It is a disturbing story, many believe the Bataan Death March pales by comparison. Survivors describe their ordeal in the Japanese hellships as the absolute worst experience of their captivity. Crammed by the thousands into the holds of ships, moved from island to island and put to work, they endured all the horrors of the prison camps magnified tenfold.

Gregory Michno draws on American, British, Australian and Dutch POW accounts as well as Japanese convoy histories, recently de-classified radio intelligence reports and a wealth of archival sources to present for the first time a detailed picture of what happened. His findings are startling. More than 126,000 Allied prisoners were transported in the hellships with more than 21,000 fatalities. While beatings, starvation and disease caused many of the deaths, most, Michno reports, were caused by Allied bombs, bullets and torpedoes. He further reports that this 'friendly fire' was not always accidental - at times high level decisions were made to sink Japanese ships despite the presence of POWs.

The statistics led Michno to conclude that it was more dangerous to be a prisoner on the Japanese hellships than a US Marine fighting in the campaign. His careful examination of the role of US submarines in the sinking and the rescue of POWs makes yet another significant contribution to the history of the Pacific war.

Available from Pen and Sword Books