Doctor Behind The Wire 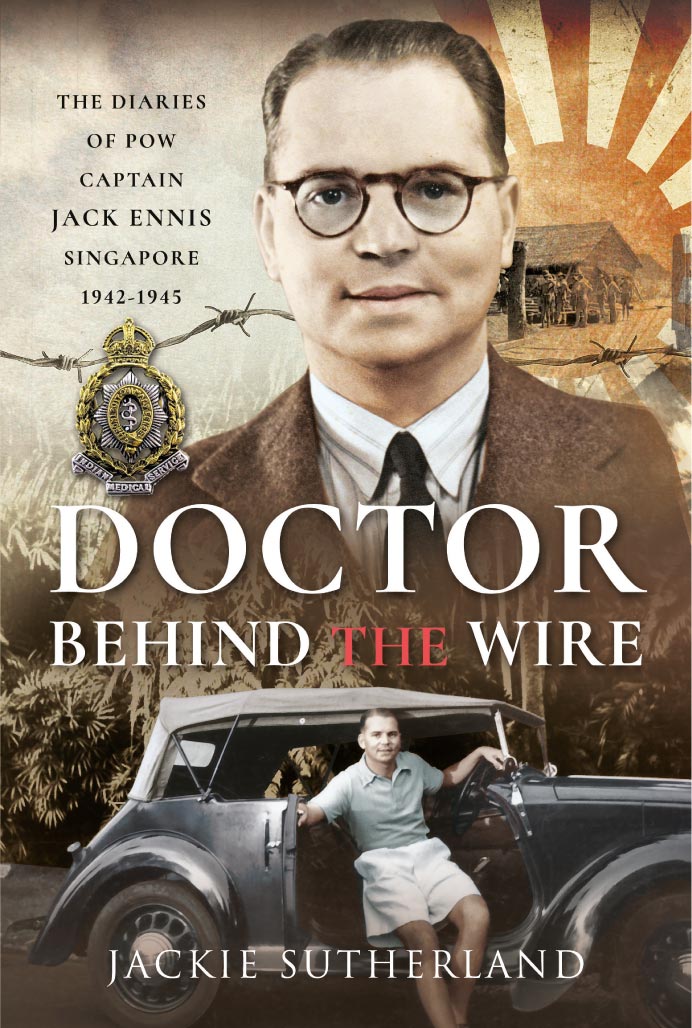 Although other books have featured Jack and Elizabeth Ennis, this is the first complete account of their story – from meeting in up-country Malaya (the rain forest, the orchids) – to their marriage in Singapore just days before it fell to the Japanese, and then through the long separation of internment.

Published here for the first time, Jack’s diaries record the daily struggles against disease, injuries and malnutrition and also the support and camaraderie of friends. enjoyment of concerts, lectures, and sports, Ever observant, he records details of wildlife.

The inspiration for the ‘Changi Quilts’, the story of the Girl Guide quilt (now in the Imperial War Museum) is told in words by Elizabeth, written after the war.

Elizabeth’s former employer, Robert Heatlie Scott, distinguished Far East diplomat, was also POW in Changi, much of the time in solitary confinement or under interrogation by the Japanese.

The individual experiences of these three persons are dramatic enough – together they combine in an amazing story of courage, love and life-long friendship

Jack Ennis was born 25 July 1911 in Rawalpindi, Jack (John) Ennis completed medical training in London (St Bartholomew’s and then School for Tropical Diseases) In 1938 he was accepted into the Indian Medical Service . In1939 he was posted to India, and although still a young officer, was diverted to take control of the Far East Pathological Laboratory in Singapore. In 1941, his diaries detail his first meeting with Elizabeth Petrie, a young nurse from Edinburgh, their courtship and then hasty marriage in Singapore, Separately interned by the Japanese, Jack continued his diaries throughout and it is the transcript that is here published.

Reunited after the war, Jack and Elizabeth lived in Durham, eventually moving back to Scotland on Jack’s retiral. Jack died in 2007.

Jackie Sutherland is Jack and Elizabeth’s elder daughter. She inherited her parents’ love of travel and wildlife, combining both in a career of geography and environmental education. Now retired, she and her husband live in Scotland and still enjoy travelling.