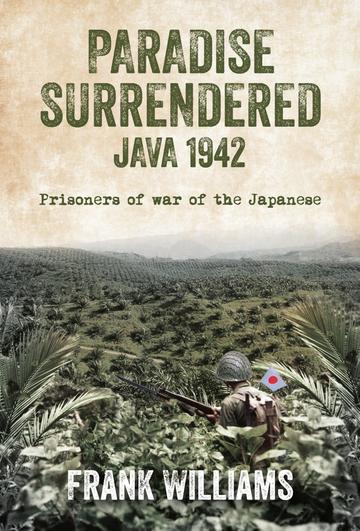 This new book by Frank Williams covers the capture and imprisonment of Lieutenant Ronald Williams by the Japanese, on Java in 1942. Williams’ artillery regiment had set sail from the Clyde to fight the Nazis in the Middle East, but were then diverted to the Far-East after the Japanese invaded Malaya. Following the surrender of Singapore, Java was next in the firing line and quickly succumbed. Williams’ and his remaining regiment were taken into captivity, which led to increasing levels of hardship and brutality. Stories and anecdotes leading up to the Allied surrender and first nine months of imprisonment are included.

Frank Williams is a retired NHS consultant, living in the Brecon Beacons, who has an interest in twentieth century military history. He has previously published a number of books on Japanese POWs.

The book is published by Brown Dog Books and is available for £7.99.

More information and details of how to order are available at: