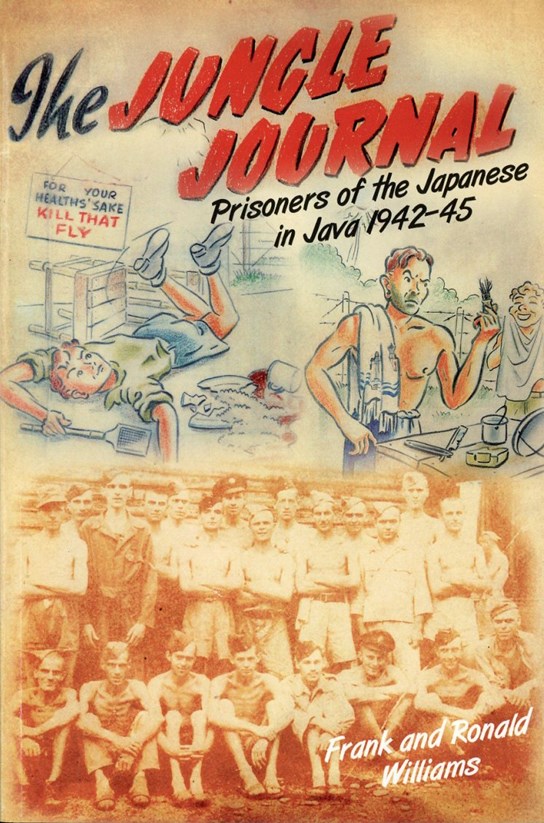 This is the story of a young Royal Artillery officer, Lieutenant Ronald Williams, who was

held as a prisoner of war in the Japanese-occupied Dutch East Indies from 1942–45.

It is a true account of the alternate horror and banality of daily life, and the humour that

helped the men survive the beatings, deprivation and death of comrades.

Told through the diary and papers of Williams and others, Jungle Journal includes many

cartoons and poems produced by the prisoners, as well as extracts from the original

Jungle Journal, a newspaper created by the men under the noses of their guards. Ronald

Williams was the ‘editor’ of this potentially fatal ‘publication’.

Jungle Journal describes the survival of hope even in desperate straits, and is a testament

to those men whose courage and fortitude were tested to the limit under the tropical sun.

Includes previously unpublished poems and illustrations produced by the prisoners

Frank Williams is a retired hospital consultant. On the 60th anniversary of VJ Day his

mother gave him his father Ronald’s papers, which detailed the latter’s experiences as a

prisoner of the Japanese in Java. Using these, along with contemporary illustrations,

journals, poems and memories of conversations with his father, Frank Williams has

created the book that his father always intended to write. Some of the documentation is

held at the Imperial War museum and they will support the book. He lives in Powys.