'The Years That The Locusts Have Eaten' 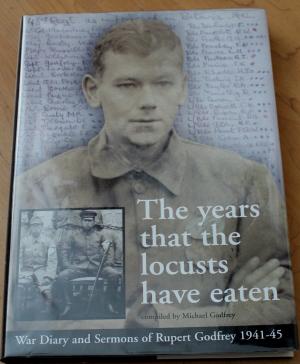 Rupert Godfrey left his parish of St George's in Birmingham to join the 48th Light Anti-Aircraft Regiment as Chaplain and embarked for Singapore in 1941.

When they reached the Far East his Regiment were put ashore in Java. Rupert was captured by the Japanese and imprisoned in Java and then Japan.

He kept a diary before and after capture and kept 25 sermons that he preached while Chaplain at Zentsuji and Fukuoka POW camps.

He painstakingly recorded events in tiny script in a series of small notebooks - from which he drew together his accounts after the war.

The book can be purchased from:-