UBON - The Last Camp Before Freedom 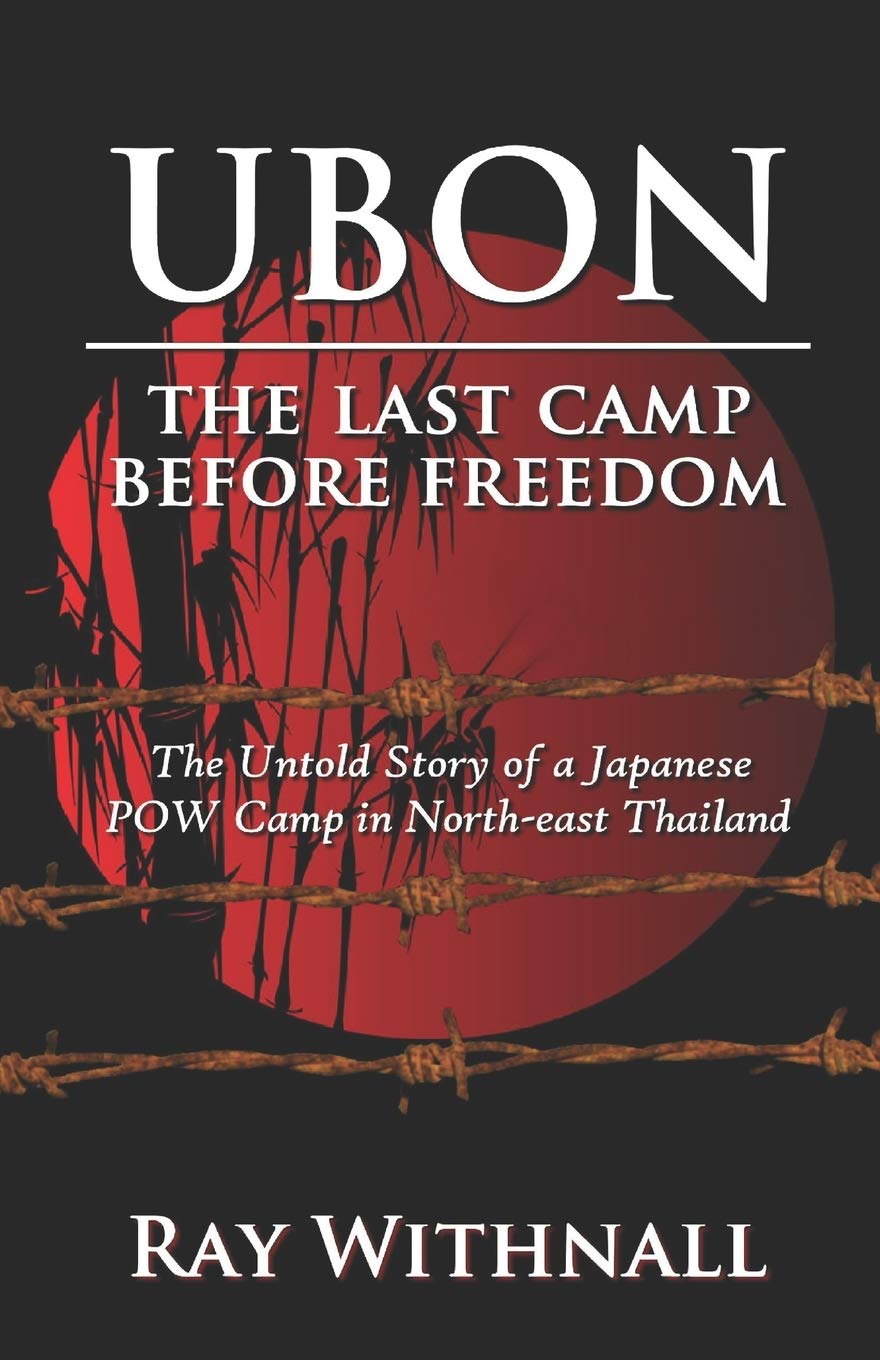 This is a little known story of a Japanese Prisoner of War camp created for three thousand men to construct an airstrip at Ubon in north-east Thailand. It begins in December 1941 with the events leading up to Thailand becoming a de facto ally of the Japanese. A group of politicians opposed to this decision immediately founded the Seri Thai resistance movement with the aim of contacting Great Britain and America for help. However the Thai government decided to declare war on Great Britain and America and this made the Seri Thai's objective very difficult to achieve. But after almost three years contact was finally made and political obstacles were put on one side leaving the British Special Operations Executive and the American Office of Strategic Services to supply armaments and training to the Seri Thai. Major David Smiley of the SOE arrived in north-east Thailand in May 1945 and quickly organised hundreds of men who were prepared to fight the Japanese. The book describes his activities including the accident which nearly killed him.

Meanwhile in February 1945 whilst facing potential defeat, the Japanese began transferring Allied Prisoners of War from camps in western Thailand to Ubon, 450 miles to the east in north-east Thailand. Their task was to build an airstrip. Extensive research in the UK and Ubon has revealed the camp’s daily life and how the airstrip was constructed, with help from local villages. In August 1945 the Japanese surrendered and Major Smiley’s role abruptly changed to liberating the Ubon Prisoners, accepting the Japanese surrender and disarming 9,000 JIA soldiers posted throughout the area. Contacting the Prisoners’ senior officers was restricted by orders from his HQ to remain undercover. When he received clearance he met Colonel Toosey who had arrived from Bangkok.

The ex-Prisoners had to wait several weeks before leaving Ubon, but during that time the hospitality they received from Ubon’s people was exceptional. Many sports events, parties and socialising are described in the book. After the men departed from Ubon there were several ongoing tasks that Major Smiley had to complete before the town could return to normal. Japanese soldiers had to be securely held until they could be repatriated, the Dutch ex-POWs had to wait until it was safe to return to the Dutch East Indies, where most of them lived. There were also significant pockets of nationalistic unrest just across the border in French Indochina that had to resolved, and on one occasion ending in tragedy.

The full story, including the origins of the lasting memorial built by the Dutch ex-POWs, and some personal accounts from ex POWs are described in this detailed account of a unique Japanese Prisoner of War camp.

The book is available from Amazon at:

At the time of the surrender, a reasonably large Japanese garrison was stationed at Ubon. When he heard this news, Major Smiley was concerned that appearing unannounced in the town might result in him, Major Brathwaite and their radio operators being shot on sight. In addition, he was well aware that a defeated Japanese soldier would rather kill himself than surrender to an enemy. He obviously wanted to avoid conflict and further tragedy at the end of a long war, so they waited undercover for the ‘Goldfish’ codeword. But at the same time, they were anxious to contact the ex-Prisoners to reassure them that plans for their repatriation were underway. Of equal importance was to ensure that the Japanese camp commander, Major Chida, guaranteed the men’s safety and treated them with due care and attention.

Without making contact with the camp, the situation could not be properly assessed, nor could action plans be put into effect. In addition, Major Smiley was concerned about the difficult task of the surrender and the disarmament of thousands of Japanese. Against this unpredictable background there was an outbreak of smallpox in Ubon; fortunately it did not reach the camp, although great care and vigilance was obviously essential.

On arrival at Ubon, they contacted Colonel Prom Thong Phad at the Royal Thai Army barracks in Warin Chamrap, just south of the river Mun and close to the railway station. They were told that the Royal Thai Army had already entered the prison camp and obtained an estimate of clothing and food supplies required for the Prisoners. This was a very useful start but Major Smiley needed additional information. He wrote a short note with his questions, which was addressed to the British senior officer in the camp. This was delivered secretly by Colonel Prom Thong Phad.

The following reply, in typically military terms, was returned;

Japanese still here. All hoping to welcome you very soon.

I am your obedient servant,

Following the exchange of notes, Major Smiley and the colonel discussed how they could arrange a secret meeting between a British officer who must remain undercover, and ex-Prisoners who were guarded by unpredictable Japanese soldiers. It was going to be a challenge, but Colonel Prom Thong Phad hatched an excellent plan.

Captain Eric Martin remembers a note being delivered into the camp by Jin, a local Chinese girl who regularly delivered ice and had previously been helpful in passing messages between the camp and the local villagers. The note presumably informed them that three British officers were to attend an important meeting at the Royal Thai Army HQ in Warin Chamrap on some concocted pretext or other.

Colonel Prom Thong Phad sent an escort to collect the officers and bring them to the Warin barracks. Major Smiley was hiding in a room above the officers’ mess. From his window, he could see the joint Thai and Japanese guard with the British officers as they arrived. They entered a downstairs room in the officers’ mess, where the Colonel deliberately kept them waiting for a long time. Eventually he contrived for each of the officers, accompanied by a Thai guard, to go in turn to the lavatory. The Japanese guards were ordered to remain with the other two officers. Instead of going to the lavatory, each officer was taken to meet Major Smiley in his upstairs hiding place.

The three officers were Major E. A. Smyth (RAMC), Captain L. D. Stone (RAMC) and Regimental Sergeant-Major Sandy McTavish (Argyll and Sutherland Highlanders). For each of them it was a welcome contact with a friendly face from the outside world for the first time in three and a half years. More importantly, it was confirmation that their ordeal – and that of the other Prisoners – was coming to an end at last. The meetings were all too brief, but requisitions for further supplies were taken and Major Smiley was able to explain why he had to remain undercover.