Take from an article on the Borneo Post Online

KUCHING: The Batu Lintang Prisoners of War (POW) campsite, previously located at the site of the Batu Lintang Teacher Education Institute here, celebrated its 75th anniversary since being liberated from Japanese Occupation in 1945.

During a ceremony commemorating the event at the institute yesterday, renowned Sarawak historian and Sarawak Tourism Federation Heritage Development Committee advisor Dato Lim Kian Hock also paid tribute to those who suffered and died during the Japanese Occupation from 1941 to 1945.

“Stepping back in history, this Batu Lintang POW campsite stands as a silent witness to Sarawak’s dark historical era during World War Two (WWII), under the Japanese Occupation of Sarawak and Borneo,” said Lim in his speech at Batu Lintang WWII Memorial Square here.

He pointed out that the campsite was also the headquarters of all Borneo Camps under Commander Colonel Suga, before all the POW and internees were released following the bombing of Nagasaki and Hiroshima and Japan subsequent surrendered unconditionally on Aug 15, 1945.

However, in light of the wartime cruelty, Lim remarked POW and the internees at the campsite demonstrated their human ingenuity and resourcefulness in captivity.

“(The struggle for survival) motivated their (POW and internees) creativity and inventiveness which resulted in the construction of an underground secret radio, which they nicknamed as ‘Mrs Harris’ or ‘The Old Lady’, made from wire, tin and earphone parts to provide them with news of the war.”

Lim also said that a central camp library was established and a secret extensive study course was organised in the camp, which was called ‘the Kuching Underground University’ that awarded degree certificates.

“In reflection our heritage committee little footprints, we also managed to revive and install the Bario WWII Commandos Sculpture Memorial and the WWII Heroes Grave Park, in celebration of WWII Anniversary and the Batu Lintang WWII Memorial Grave.”

Three heritage booklets were also published in remembering the past, namely Mike — A Priceless Journey (2010), Bario Borneo Reflection (2010) and the Lintang Camp (2017).

Lim pointed out the booklet ‘Mike — A Priceless Journey’ was received by the British Queen Elizabeth II in 2012 in conjunction of her Diamond Jubilee celebration, the 60th anniversary of her accession to the British throne and the committee also received a memorable letter from Buckingham Palace on July 22, 2012.

Kuching South City Council (MBKS) mayor Dato Wee Hong Seng, who was present at the ceremony, thanked Sarawak Tourism Federation and its committee for engaging the private sector in reviving the historical site.

“What we are today and what we get to enjoy now are the fruits of our forefathers’ legacies. We shall commit to doing our best in immortalising their legacies. By participating in promoting historical sites, one such as the Batu Lintang POW camp as a tourism hotspot, we are perpetuating their legacies not only in our memories, but also to the world,” said Wee.

Meanwhile, Sarawak Tourism Federation Heritage Development Committee chairwoman Fiona Marcus Raja expressed her hope that the city council would play an increasing role in preserving and promoting the historical heritage of the Batu Lintang POW camp as well as the WWII Heroes Graves.

Among those in attendance was Jeli Abdullah@Dandi Michael Tiong, who was held at the camp from age one to five together with his adoptive Australian missionary parents. The family and other foreign nationals were rounded up during the Japanese Occupation.

“I hope children and students can learn more about local history and about what happened here, although the event took place about 80 years ago,” said Jeli, who admitted he had limited memories of being held there as he was too young back then. 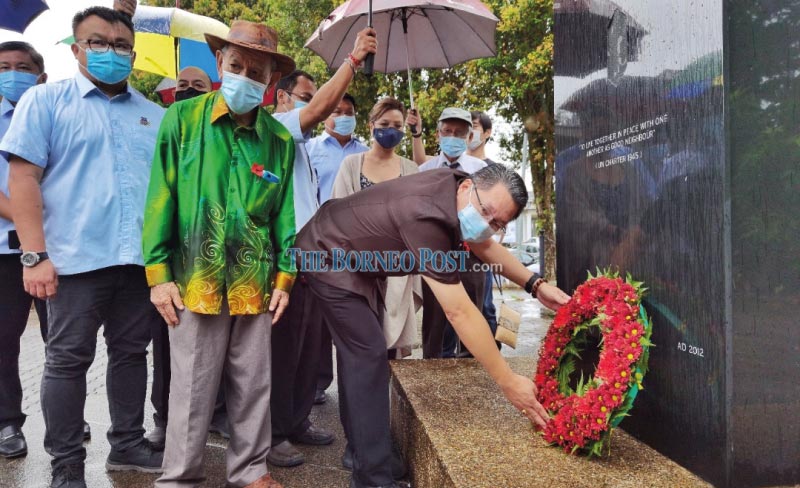