All over the world, events had been planned for commemorations of the 75th anniversary of VJ Day. In most cases these had to be cancelled or modified and many who would have welcomed the opportunity to attend, could not. In recognition of the difficulties that this presented, the Commonwealth War Graves Commission provided the opportunity,which is still available, to pay tribute to those we wish to remember, on a digital, wall of remembrance. Find it on the CWGC website, where photographs,memories and tributes may be left. https://www.cwgc.org/our-work/projects/the-cwgc-wall-of-remembrance/

The Commission further marked the anniversary with some addition website content and worked with the National Museum of the Royal Navy, the National Army Museum, the Royal Air Force Museum to mark the 75th anniversary of VJ Day with a free programme of online talks and events. These can still be replayed and are found on our website https://www.cwgc.org/our-work/projects/vj-day/

The event broadcast on Saturday August 15th from the National Memorial Arboretum, although severely modified, gave a national focus of remembrance. I was fortunate enough to be able to attend and CWGC was officially represented by our Vice Chairman Lt Gen Sir Bill Rollo. Elsewhere around the globe other small services of remembrance were held. Our two official services took place at Kanchanaburi War Cemetery and Chungkai War Cemetery.

In incredibly challenging global conditions, we still chose to remember. 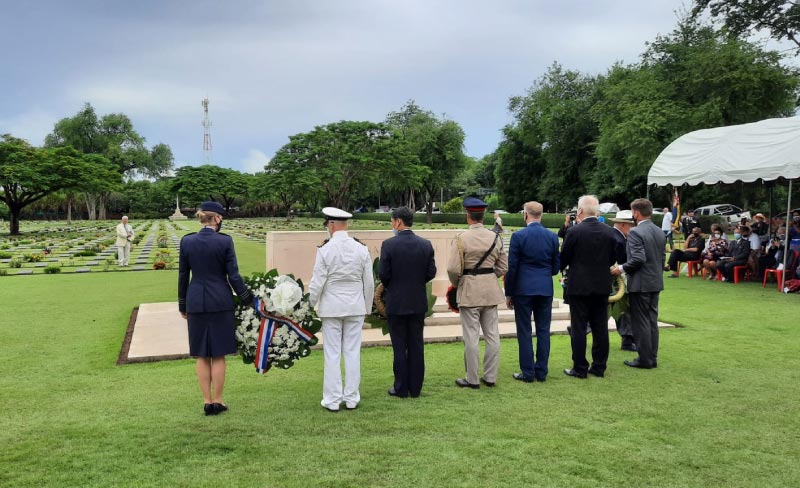