As everyone is no doubt aware, due to the Covid-19 pandemic, it has been necessary to scale back our original plans to commemorate the 75th anniversary of the return of  FEPoWs to Southampton and Liverpool in 1945 and 1946, and we have decided to focus our energies on a ‘virtual’ event.

The ‘virtual’ organising group, comprised of Roger Townsend, Katie Belo dos Santos, and myself, wanted to rescue something from our original plans and concluded that the best way to do this would be to create a webpage to commemorate the anniversary and pay tribute to those who didn’t make it home, and that it should also to act as a platform for a possible FEPOW75+1 commemoration to be held next year.

Our webpage will include archival videos of interviews with former FEPoWs, and a gallery of images and artworks made by FEPoWs during their time in captivity. In addition to providing an archival legacy, we will also include a link which allows visitors to a Forum to share their own memories of family and friends who were FEPoWs.

In addition, we will have our own image gallery, which will include artworks and illustrations, some of which may not have been seen before, as well as one or two artworks by the more well-known artists and with this content, our webpage has the makings of a very worthwhile and fitting tribute to the FEPoWs. We expect to go live in mid-October and we will be in touch with you all just before then with the full details. 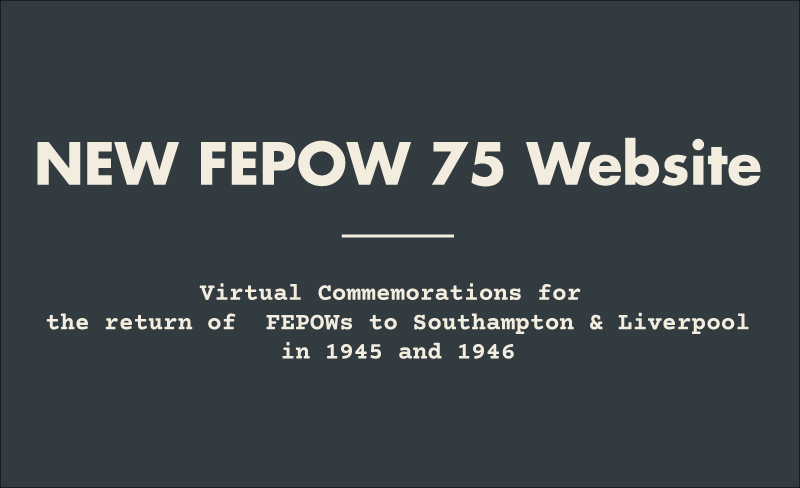