In his father’s notes, it mentions RAF officers in camp and a group photograph. Lee hopes that this picture is still in existence, possibly in the collections of fellow COFEPOW members whose fathers may have been in the same unit or camps, before or during the war.

Harold was captured at the fall of Singapore, held in Changi, was sent as part of R Party under Lt-Col. A. A. Johnson,of the 4th Suffolks, bound for Ban Pong, and assigned to Camp No. 1 on the Thai/Burma railway.

He arrived back in Singapore on July 11th 1944, as part of Major Seekings group from Nong Pladuk, and was sent to River Valley Road Camp.

From there he sailed on the Haruyasa Maru - destination French Indo-China.The ship made it to Saigon, where he was held in Camp No. 8 and was liberated between 12th and 15th September, 1945. Lee’s father’s notes are comprehensive and detailed, and are available by email to any member who might be able to help identify the whereabouts of the photo.

If anyone can help, please email Lee on lee.nash@lnesystems.com 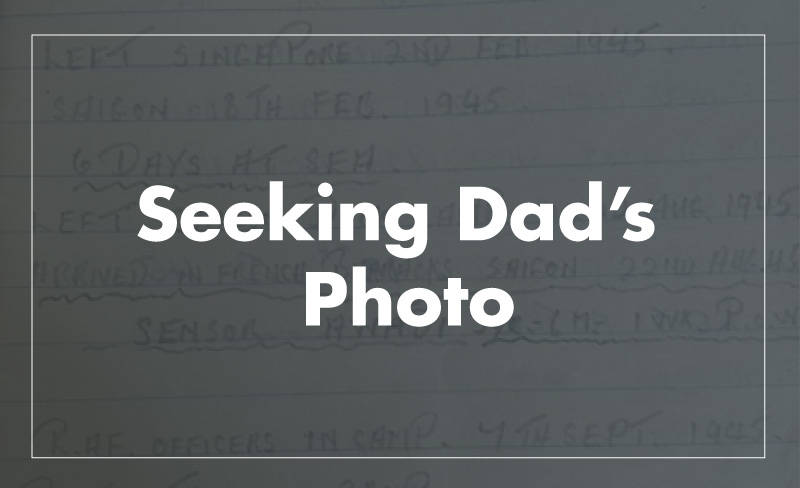