Notice from the Trustees National Event for VJ75

SO PLEASE DON’T FORGET TO PRE-BOOK

We are able to confirm that there will be a National Moment of Remembrance at 11.00 a.m. on the 15 August, in the presence of a number of VVIPs, at the National Memorial Arboretum (NMA). This will form the centrepiece of a two-hour long programme to be broadcast on BBC One from 9.30 to 11.30 a.m. from the veranda of the FEPOW Building.

Due to the current situation, overall numbers and attendance will be limited.  A ‘Bubble’ will be formed around the Far East plots at the National Memorial Arboretum and only those invited and accredited will be able to attend. The rest of the Arboretum will be open and a big screen located on the Naval Review will show the events happening within the ‘Bubble’.

The FEPOW Building will be open from 3.00 p.m. for the general public,on a one-way system, you will be able to go in the front door and exit through the fire door at the back.

The RBL will be in communication to those veterans and descendants who previously applied to attend the NMA or overseas tours. This will provide them with the opportunity to register their interest in the NMA on 15 August.  Due to limited resources the Arboretum would prefer members to use the ‘on-line’ system.

The Trustees are encouragingyou to join in the National Moment from the safety and comfort of your own homes and then visit the Arboretum and the FEPOW Memorial building from Sunday 16 August when it will be less busy.

The BBC will also place VJ Day content at the heart of their breakfast programming and there will be an evening broadcast on BBC One, similar to that produced for VE Day. The 11.00 a.m. Act of Remembrance will also be broadcast across all major broadcasters.  In addition to the televised activity, a number of other partners have devised a number of ways for people to engage with the commemoration of VJ Day.

To compliment the televised activity,the RBL will also be active in the digital sphere both in the run up to and on the day itself. Their Digital team are preparing a number of videos,infographics and interactive resources to help tell the story of VJ Day and broaden public understanding of the scale and nature of the conflict in the Far East during the Second World War.

The RBL and all their partners will be placing the lived experience of VJ veterans, both military and civilian, at the heart of everything throughout all the activity in the run up to and on VJ Day itself. We sincerely hope that members will find it a fitting tribute to the service and sacrifice of all those involved, both those who came home and those who made the ultimate sacrifice. 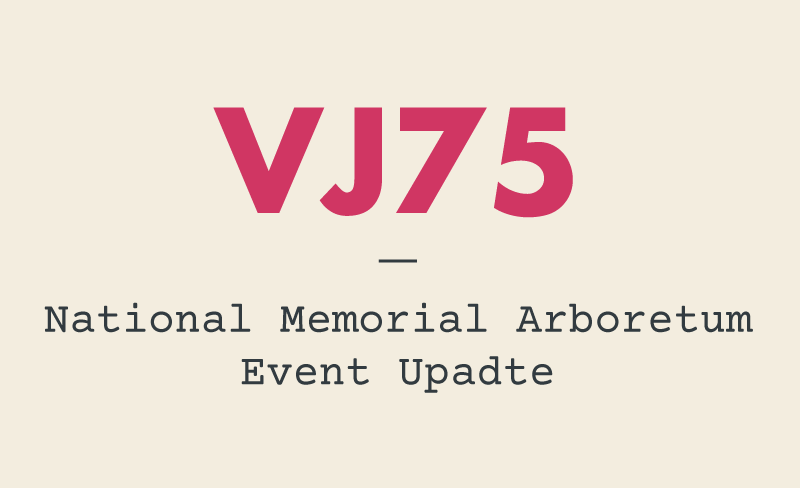