The recent VJ Day 75 commemorations were the inspiration for an idea to create a very special tribute to those who served in the Far East in WW2. This was the war that didn’t end on VE Day - the war that saw thousands facing a very different enemy in the jungles of Burma and elsewhere across South East Asia, and thousands more subjected to brutality and starvation in Japanese PoW camps. Many never made it home, and the majority of those who did were left mentally and physically scarred by the experience. They deserve our thanks and our respect – and they deserve this very special tribute, which we would like to complete in readiness for Remembrance Day 2020. But we need some help please to make it happen!

Our aim is to collect a thousand photos of those who were involved in the war in the Far East – one thousand photos to symbolise the many thousands overall who sacrificed so much in the service of their country. We are asking those who have a relative who served in the Far East in WW2 to please allow us to include a photo of them in our ‘Gallery of Heroes’. So far we have collected just over 500 photos of these brave men (and a few women too!).

Please help us to achieve our target of 1000 photos by November by making more people aware of this idea so that more relatives of those involved in the war in the Far East are able to participate in this tribute by submitting their photos. We only need one photo of each person, preferably on their own, (preferably in uniform though this isn’t essential), together with a few brief details of their service, if known.

Photos can be submitted either by emailing us at galleryofheroes@outlook.com 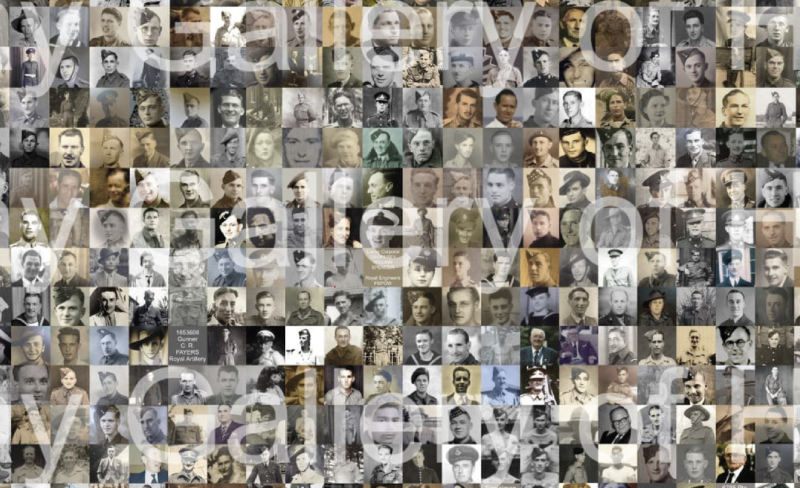